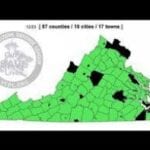 In December’s newsletter, we covered Michael Bloomberg’s influence in the November elections in Virginia and his entrance into the 2020 Presidential Election. We also discussed the potential ramifications to Virginians in the upcoming legislative session. Since November, the Virginia Citizens Defense League, reports that over 100 Counties, Cities, and Towns have declared themselves 2nd Amendment Sanctuaries. This comes in response to the filing of proposed 2020 bills that include a ban on the sale of many guns and magazines, gun confiscation, Red Flag laws, and gun rationing. Mark Walters from Armed American Radio and Tom Gresham with Gun Talk have been covering the events in Virginia since November and in his
latest article called “2020 – The Year of the Big Gun Fight,” Tom says, “This fight will spread” and the events unfolding in Virginia should be our “Call To Action” and it is a “dire warning” that if we fail to get involved or show up to the polls in 2020 the rest of America could be fighting similar battles in 2021.

I know many of you are thinking, but what can I do? Well here are some easy steps to help you get involved.

The mainstream media is never going to give gun owners a fair shake, so it is up to us to Like and Share Pro-Gun topics and encourage other gun owners to become informed.

If you are not registered to vote in the 2020 election, make sure you take the initiative and time to ensure you can vote in November.

On November 3, 2020, we will once again have the opportunity to vote in a Presidential Election. While you may not agree with everything President Trump does or says, if you are Pro 2nd Amendment, your choice should be clear. While President Trump may not be a purist when it comes to the 2nd Amendment, he does have the power to appoint federal judges to the bench, including possibly 1 or 2 more Supreme Court Judges. The results of the 2020 election could change the way courts interpret the 2nd amendment for a generation or more. We will close by quoting Tom Gresham, “We will see more action on the Second Amendment front in 2020 than we have any time in the past. Will you be on the sidelines, or will you be helping us to win?”