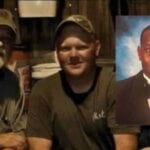 With the release of the cell phone video last week, the Ahmed Arbery case out of Georgia has become national news. Everyone seems to have an opinion on the guilt or innocence of Arbery or the McMichaels. The facts of the entire case are still unclear and it may take months before all the details come out. So, for those attempting to judge the case, they are doing so by picking out a small piece of the entire story. This post is not about what you think is right or wrong, who is innocent or guilty, the courts will decide that. This post is about what is smart and not smart. An armed confrontation over suspected stolen property IS NOT SMART. It cost the life of a young man, and will end up costing the physical and financial freedom of the others!

If you create an armed confrontation based on a “hunch” that someone may or may not have stolen property, there are only 4 possible outcomes:

1. Suspect is guilty and surrenders to you.

2. Suspect is not guilty and surrenders to you which can lead to charges of brandishing or other charges against you.

3. Suspect is guilty and fights you for your gun. Shots are fired and either you or the suspect are seriously injured or killed.

4. Suspect is innocent and confused why an armed group of people are following and trying to stop him and fights back. Shots are fired and you or the innocent suspect is injured or killed.

By engaging in an armed confrontation, you are taking a 75% chance of being WRONG! None of the possible outcomes outweigh the risks of armed confrontation. If the Father and Son were smart, they could have simply kept their distance and called the police. However, they let emotions dictate their actions and tried to be vigilante heroes. Back in the 1990’s and early 2000’s when we started to re-gain the right to carry in states all over the country,  anti-gun groups claimed the country would return to the “Wild West Days.” When the news outlets start showing videos of armed men in a truck chasing after a “suspected” thief, it plays right into the anti-gun groups description.

If you think what the Father and Son did is acceptable, then you are misinformed about the laws of self-defense, and the role of a responsible gun owner, and you NEED to seek more training. These types of incidents create division in our country, put all gun owners in a bad light and threatens our 2nd Amendment Freedoms.

Posted in In the News
← For AmmoGun Sales Continue to Soar! →