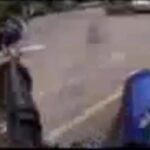 About a year ago, I got a message from Massad Ayoob that he had mentioned me in his Blog Post entitled “Some Solid Advice Via Two Friends” He had read my article entitled “Five Rules to Help You Win a Gunfight” in Greg Ellifritz ‘s weekend knowledge dump. If Greg and Massad shared it, I feel it is “solid advice”, but after watching the video of the Buffalo, New York shooting, I went back and re-read the article to see if it would have prepared you for that fight!

The entire video was just 58 seconds long, and it was apparent this active shooting event was unfolding more rapidly than the ones I have studied in the past.  The first 15 seconds shows the shooter pulling up to the front of the store, putting the vehicle in park and opening the driver’s side door.  Within 5 seconds of getting out of the car, he fired about 12-15 shots, killing 3 and injuring 1. That equates to about 3 shots per second while transitioning to, and hitting, multiple people.  The shooter then moves from the car to the entrance of the store while firing 4 or 5 rounds through the front glass.  As he approaches the entrance to the store, he fired again on injured victims laying near the front door. There is about a 6 second pause in gun fire while the shooter enters the store and searches for more victims.  He fires approximately another 8-10 rounds inside the store before reloading directly in front of one of the victims who is struggling to survive.  After reloading, he fires another shot into the victim before searching for more people.  In the final 15 seconds of the video the killer fires approximately 15 more rounds at about 3 more victims, including an armed security guard, who according to reports, fired at him but the bullets failed to penetrate the shooters vest.  In total ten people were killed and 3 more injured in the 45 seconds after he got out of the car.

Because of the laws in New York, the people in the Tops Grocery Store were more than likely unarmed and their only hope was the armed security guard, Aaron Salter, Jr.  He was outgunned, but he still engaged the killer and likely saved additional lives.  Imagine if Salter was just one of the many armed patrons in that grocery store. Imagine if multiple armed, and highly trained, citizens immediately returned fire. Would the story be different? Would it even be reported?

Recently, I was privileged to talk with Matthew Mallory with Meet The Pressers and Charlie Cook of Riding Shotgun With Charlie and we discussed the recent (and previous) active killer events and how YOU can be better prepared to protect yourself and your family!

I hope you will take the time to listen in at

Industry experts agree that the Tops Grocery Store shooting was a very tough situation and no amount of training is going to guarantee you win that fight. But in the wake of the Buffalo incident, there are some things I would like to add to my original article that may help you be better prepared.

I hope you will take a few minutes to read Massad’s blog. Then go sign up for Greg’s weekend knowledge dump. If you want to be better prepared to protect yourself and your family, then you should TRAIN and PRACTICE combative techniques! If you have not already done so GO GET your permit to carry, and ACTUALLY CARRY YOUR GUN, then GO BOOK A REAL TRAINING class and PRACTICE, because you never know what type of fight you will find yourself in.