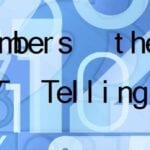 Each month we try to bring you the most relevant news stories from the past 30 days. This month we decided to focus on what the news may not be telling you. If you spend any time watching or listening to local or national news or even if you get your news from social media outlets, you would think we have an “epidemic of gun violence” here in the United States, but is that really the truth? Let’s explore the facts.

There are a lot of theories on why violent crime and homicides began to fall in the mid to late 90’s. A theory that doesn’t get much air time on the news is the Right to Carry Movement. It began in Florida in 1987, and has since spread to every state in the union. In 1986, there were only 9 (1 Unrestricted and 8 Shall Issue) States where you had a “Right To Carry.” In the other 41 states, there was no right to carry or the state was a “May Issue” state that had the right to refuse to give you a carry permit. By the year 2000, the number of Right To Carry states had more than tripled with 1 Unrestricted and 30 Shall Issue states. Today, there are 17 Unrestricted and 26 Shall Issue states, and every state has at least some form of Concealed Carry option with only 8 May Issue states remaining.

While the news media rarely publishes a “good guy with a gun” story, recently discovered unpublished reports from the Center For Disease Control show that “good guys” use guns to stop a violent crime (most of the time without ever having to pull the trigger) at least as much as guns are used in a criminal act and maybe MORE! In fact,

“Almost all national survey estimates indicate that defensive gun uses by victims are at least as common as offensive uses by criminals, with estimates of annual uses ranging from about 500,000 to more than 3 million.“

That means guns are used to stop a violent attack or murder any where from 1,369 to 8,219 times per day in the United States.

Another narrative spread by the news media and the anti gun groups is that more guns will equal more crime and without banning “Assault Rifles” our society will turn into the Wild Wild West. But is that true? Let’s look at the numbers.

The Bureau of Alcohol, Tobacco and Firearms (ATF) estimates there were 11.5 million firearms produced in the United States in 2016, up 20% from 2015, and 4 times the number produced annually in 1986. In fact, since 1998, there have been over 300,000,000 FBI background checks for firearms purchases, which includes an estimated 1.3 million AR or AK style rifles sold each year. Additionally, there are now an estimated 18.6 million Concealed Carry Permit Holders, a 304% increase from 2007.

To put these numbers in perspective, the current population of the U.S. is estimated at 327 million, and there are about 4 million babies born each year. That means there are literally more guns in the United States than their are people and there are 3-4 times more firearms produced than babies born here each year. And what about those AR15 and AK47s? According to Business Insider, “The Ford Motor company which produces the F-Series pickup has been America’s best selling truck for 41 consecutive years. Since 1977, Ford has sold more than 26 million F-Series trucks in the U.S. In the 21st century, Ford sells a pickup for every single minute of the day.” With an estimated 20 million AR or AK style rifles sold since the ban was lifted in 2004, there are likely more AR15s and AK47s in American homes than there are F150s in American driveways.

We Are The Gun Lobby

As a gun owner, we have the numbers on our side. For the past 30 years, the right to carry a firearm on you has expanded to all 50 states, the number of permit holders have soared, and there is an estimated 100 million gun owners in the United States. Firearm manufacturers continue to develop and produce more firearms than any time in our history. In the 21 years since the FBI started tracking background checks on gun sales, there have been more guns sold in the United States than there are people, and more AR15 and AK47 style semi-automatic rifles sold than Ford trucks. Additionally, firearms are used thousands of times a day by law abiding citizens to prevent a violent crime. Maybe that is why homicides are down by about half, and violent crime is down by 70% since 1993. So are the media and anti-gun groups lying about a gun violence epidemic? They certainly ARE NOT telling the entire story, because all of this information is available from a quick online search from government agencies such as ATF, FBI and the CDE. If the media won’t tell this story, then WE have to. The next time you encounter a relative or friend that insists we need more gun control laws, simply state these facts. Our friend, Tom Gresham with Gun Talk Radio says, “A lie unchallenged becomes the truth”. If we want to protect the 2nd Amendment and preserve our Right To Carry, we are going to have to Become the Gun Lobby by informing our friends and family and by getting involved! It is up to you to spread the truth.

Posted in In the News
← The Importance of Continuing EducationFireside Chats →