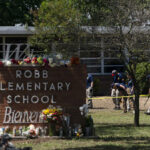 The recent mass shootings in Buffalo, New York and Uvalde, Texas are horrific events and should be a wakeup call for all the citizens of the United States to finally take a stand to prevent these tragedies in the future.  In the months and weeks ahead, you will hear a ton of opinions from the media and politicians proposing all sorts of solutions on how to prevent these tragedies. More guns, less guns, gun bans, universal background checks, armed officers, red flag laws, on-site metal detectors, mental health reform, etc., etc., etc. But the truth is, if we want to SAVE LIVES, we have to TRAIN our students, teachers and staff, and ALL AMERICANS, on how to be PHYSICALLY and MENTALLY prepared to respond.  We know this works because we see the results in the attempted mass shootings that were STOPPED by the potential victims.  These stories didn’t meet the Mass Media Narrative, so they never made the news, or they quickly disappeared from the headlines. If we truly want to be better prepared to respond, we need to focus not only on the events that had bad outcomes, but also on the ones that SAVED LIVES. Below are examples where the potential victims were an active participant in their own rescue.

These are just a handful of events you have probably never heard about. But for every mass shooting that dominates the news cycle, there are dozens more where potential victims had the mental fortitude to respond. I know there are those that will say, if we go back and ban the so called “assault rifles” and “high-capacity magazines” that the numbers of injuries and deaths in events like Parkland, Buffalo, and Uvalde would be less, but that is not the case. According to the National Institute of Justice in their “Impacts of the 1994 Assault Weapons Ban” they stated “the ban has failed to reduce the average number of victims per gun murder incident or multiple gunshot wound victims”. In fact, if you look at the 30 most deadly mass shootings going all the way back to 1949, there are just as many committed with handguns and shotguns (including Virginia Tech, Ft. Hood, Washington Navy Yard, & Virginia Beach) as there are with semi-automatic rifles of any kind, much less AR rifles.

If you want more proof that you are being misled by the media consider the Santa Fe, Texas School Shooting. It was one of the 30 most deadly shootings in the country and occurred on May 18, 2018, just 3 months after the Parkland High School, and left 10 dead (the same number as Buffalo) and 13 injured.  It made a short blip on the news media cycle, but quickly fell off when they realized the shooter used a shotgun and a revolver.

When you compare them on whole, you will see there is huge disparity in the number of injuries and deaths.  These numbers are directly related to the response from the potential victims (escaping, evading, physically rushing the shooter), the time it takes for an armed individual to stop the threat, or BOTH. The cases where there are large death tolls is usually in areas where the victims were forced to lock down.  In the Sandy Hook school shooting, most of the victims were found in the bathroom where they “locked down”.  However, 6-Year-Old Jesse Lewis, had the courage to yell “RUN” when the gunman was reloading.  Six of his classmates lived because Jesse GAVE THEM PERMISSION to run.  Jesse was then shot and killed by the gunman after reloading.   The graph below includes deaths of school children by fire.  If you notice there hasn’t been a mass death by fire since 1958.  Why? Because during a fire we are no longer telling our kids to hide under a desk and wait to see if the fireman reaches you before the flames do!

Since the implementation of fire drills, the number of school related deaths by fire have been almost non-existent.  Instead, of just ‘locking down” we teach them what to do, where to go, and practice it often.

Greg Ellifritz is a retired Law Enforcement Training officer that has been studying Active Shooter Events for more than 25 Years.  He recently wrote an intensive article called “Analysis of the Uvalde Shooting and Implications for the Future”.   I HIGHYLY encourage everyone to read it.  In it he states

“In a school, escape should be a priority during an active shooter event.  The thought of actively escaping when safe to do so is fundamentally different than the idea of barricading and hiding.  For the last 20 years, schools have practiced barricading and hiding.  Students are used to the idea and comfortable with the tactic after regular practice.  When that happens, getting them to flee the school becomes harder and harder.  Cops broke the glass in several classrooms to facilitate an escape.  Some students didn’t leave. The success of a barricade and lockdown response to an active killer is predicated by an aggressive police response that finds and neutralizes the attacker.  We now know that isn’t guaranteed.  Maybe we need to alter school responses to adjust to the reality of inept police officers’ inaction. Almost all schools now practice lockdown drills.  Few practice escape drills.  That’s not good.  Teachers should be given the authority to evaluate the situation and make “game-time” changes to the official school safety plan.”

If we truly want to prevent school massacres like Uvalde, Sandy Hook, Parkland, Santa Fe Tx, etc. then we must.

Finally, in response to President Biden’s June 2nd speech on Gun Control.   He said “we must do something” and proposed bans or limits on so called “assault rifles”, bans on “high capacity” magazines, red flag laws, etc., but almost everything he proposed in the speech has been proven by government studies that they would do little to nothing to stop gun deaths in the United States. If we really wanted to prevent gun deaths and mass shootings then here are some suggestions that can truly help.

2. Investigate, Interview and if necessary, prosecute prohibited persons who were DECLINED while trying to buy a firearm.

3. DO NOT release violent criminals on bail.

4. If a person is evaluated for MENTAL ILLNESS, make sure to hold them until YOU ENSURE the NICS system has been updated.

6.STOP degrading our LEO’s and PAY our Law Enforcement Officers a living wage and STOP cutting their training. Double and triple their pay and their TRAINING so you can HIRE and RETAIN the best of the best. Currently most departments across the country are forced to lower standards just to fill quotas.

7. STOP listening to ill-informed law makers. Most Law makers have ABSOLUTELY NO IDEA what they are talking about. I’ve worked with the “Senior Advisor to 2A Issues” for our US Senator. The person was “very nice” but HAD NEVER FIRED A HANDGUN” before I worked with them. I asked them why a mid 20 inexperienced shooter was the primary resource for 2nd Amendment Issues, and they replied, because “the hours are long and the pay is bad, so anyone with actual experience won’t take the job”

8. Before you try and impose ANY NEW LAWS on LAW ABIDING AMERICANS, enforce the current laws on the books for LAW BREAKERS!

Posted in In the News
← Are You Prepared for the Fight You Find Yourself In?