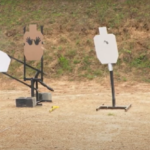 You may have seen the story of the Ship Repair Man that has been floating around the internet lately, but if you haven’t here is the story.

A giant ship engine failed. The ship’s owners tried one expert after another, but none of them could figure out how to fix the engine.

Then they brought in an old man who had been fixing ships since he was a young man. He carried a large bag of tools with him, and when he arrived, he immediately went to work. He inspected the engine very carefully, top to bottom.

Two of the ship’s owners were there, watching this man, hoping he would know what to do. After looking things over, the old man reached into his bag and pulled out a small hammer. He gently tapped something. Instantly, the engine lurched into life. He carefully put his hammer away. The engine was fixed!

A week later, the owners received a bill from the old man for ten thousand dollars.

“What?!” the owners exclaimed. “He hardly did anything!”

So they wrote the old man a note saying, “Please send us an itemized bill.

The man sent a bill that read:

Effort is important, but knowing where to make an effort makes all the difference!

A recent study indicated that 1 out of every 179 Americans will eventually be murdered and those of us that actually study violent crime realize the most important part of being armed, is actually having a gun on you. So, when it comes to firearms training it is hard to underestimate the value of experience and professional training.  Sure, you may know someone that is willing to put forth the effort to help you learn to shoot, but we are not just talking about shooting a gun.  We are talking about professional training that has the potential to save your life! And there is a HUGE difference between just being able to shoot a gun, and being able to safely carry, deploy and use the gun to save your life or the life of a family member.

Violent encounters DON’T happen on a square range, and bad guys are not stationary targets at known distances.  They are usually very close, require multiple shots and are over in a matter of seconds.  If your gun is not on you, and you have not trained to defend against this type of attack, then you are at the mercy of the violent criminal and there is a 1 in 4 chance you will be injured or killed. If you are not in the habit of carrying your firearm on an everyday basis, or you haven’t gone beyond learning the fundamentals of shooting, then maybe it is time to invest in some REAL training with experienced and professional instructors.