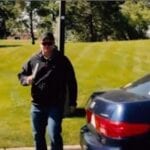 For most gun owners, as soon as they complete Concealed Carry Permit Class, their training ends. Only a very few (about 1%) will go beyond the basic fundamentals they learned in the state-mandated minimum and continue to train. For those that desire to go beyond the basics, they usually start by learning how to quickly draw from a holster and how to increase speed and accuracy. Once these skills have been honed to the point where you no longer have to use your brain to tell your body how to draw to shoot, it is time to start looking into reality-based training. In good reality-based training, you should be presented with multiple scenarios that force you to use your brain to solve problems. Reality-based training can come in different forms. It may be a computer-based simulator, realistic live-fire scenarios or force-on-force training where role players portray bad guys and use non-lethal training guns in realistic situations. So this month though we will spotlight the courses here at Boondocks FTA™ that offer reality-based training and give you some specifics about the training options in each.

At just $20.00, IDPA matches are probably the most economical (assuming you already have a gun and the gear) to get into reality-based training. While most targets are stationary cardboard, there are also falling steel and moving targets on many of the stages. Plus the addition of a shot timer and other people watching you dramatically increases the stress level. While there are a lot of new shooters that jump into the competition matches, you do run the risk of being disqualified if your gun handling skills are not safe. For those that are curious about getting into IDPA matches out here at Boondocks FTA ™, I encourage you to come to watch a match or sign up for our Competition Clinic. You may also want to consider renting a gun, gear or both if you don’t already have the proper equipment.

This is probably the easiest and safest way to get into reality-based training. Because the lethal force simulator uses laser and CO2 operated training guns, there is no danger of getting disqualified and you won’t need a holster, a bunch of spare magazines and mag pouches to participate. There are hundreds of scenarios covering topics such as home invasion, concealed carry, active shooter and more! The scenarios show you how important it is to be able to make decisions and act quickly when faced with unknown threats. Watch this video of our simulator in action with a national trainer and Top Shop contestant, Chris Cerino.

Our Defensive Carry class is primarily for smaller pocket pistols or revolvers. So you can train with your everyday carry gun and preferred carry mode (inside/outside the waistband, pocket, purse, appendix, ankle, etc.) This class combines a traditional “square range” course of fire on day one with more reality-based training on day two, including timed shooting and qualification drills, IDPA style stages, and force-on-force scenarios.

Few things scream reality more than shooting in to, out of and through cars! The Defensive Vehicle Tactics class is a two-day advanced training class designed to counteract a carjacking. Day one teaches the tactics needed to shoot from inside the car, to exit the car and use the car for cover. Day two you get to use these skills to actually shoot from inside a car, exit the car and engage multiple threats and learn to move around the car to use it as cover. At the end of this course, you will have a much better understanding of how car glass effects bullets and the best tactics for defending yourself from a violent encounter.

Defensive Pistol II is a 3-day class and easily our most comprehensive course. At the conclusion of 1.5 days of square range training, the students engage in an increasing amount of reality-based training, including moving and shooting, engaging multiple targets, low light shooting, room clearing, and force-on-force scenarios. Students that complete DP II have more training than most of Police and Military personnel. Click here to watch our DPII Promo Video.

Posted in Course Spotlight
← Make the Mental SwitchFor a Sidekick! →